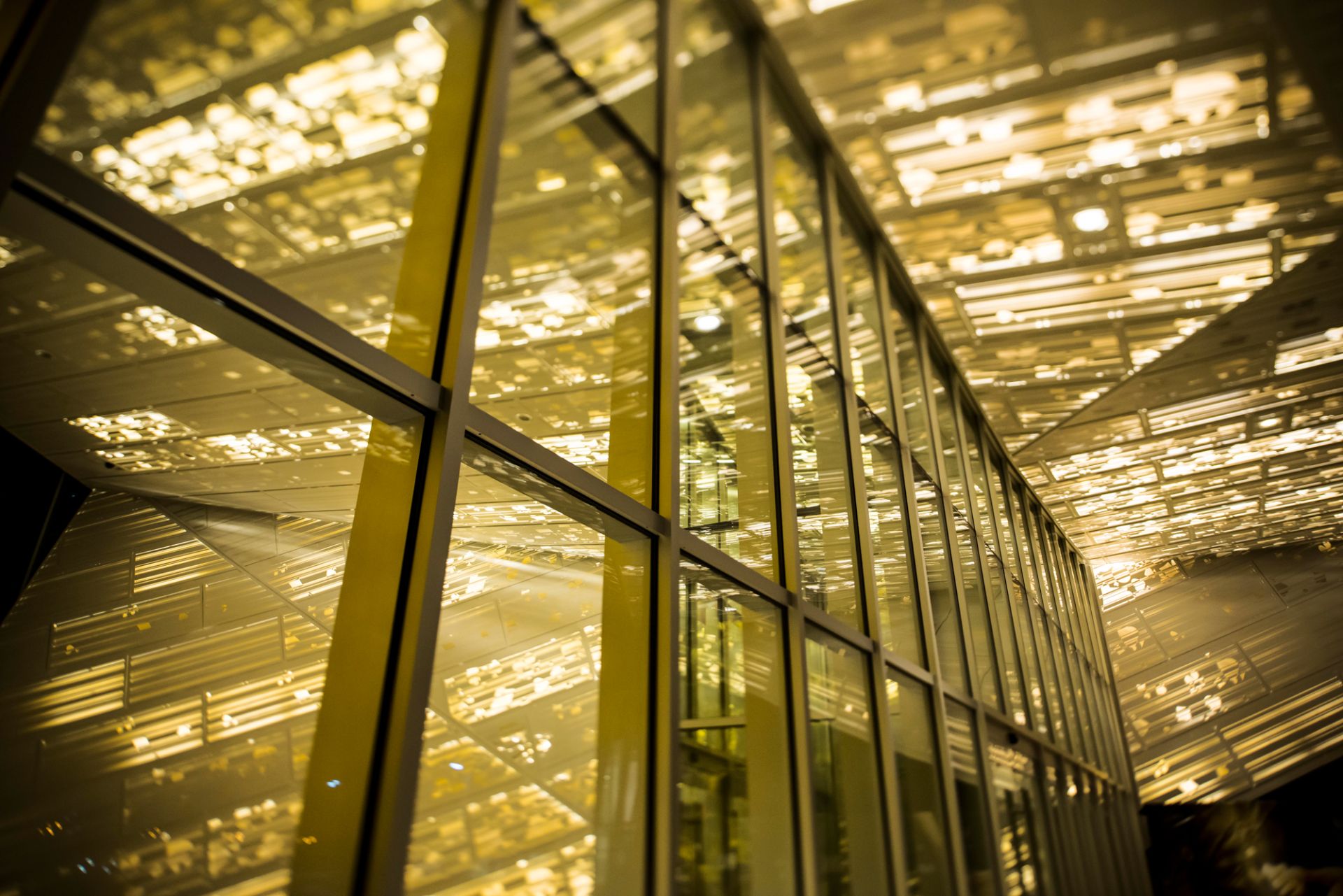 The Société des casinos du Québec (SCQ) has been mandated to build and operate Québec's casinos.

In 1992, Government of Québec set up the SCQ primarily to create jobs, to add attractions to Québec's world‑class tourism infrastructure, to generate new income for the government and to repatriate sums spent by Quebecers in casinos outside Québec.

The mission of the SCQ is to oversee the management and development of the province's casinos, thereby maintaining their role and recognition as tourist attractions that provide their various clienteles with a unique gaming and entertainment experience through innovation, diverse offerings, and the utmost in courteous customer service. As a government agency, the SCQ administers its activities in a lawful and controlled manner.

The SCQ's main responsibilities are:

The SCQ has established an organizational structure made up of accomplished individuals with a well-defined strategic vision and in-depth knowledge of the daily realities of casino operations and related tourism issues.

The SCQ attributes great importance to the quality of the entertainment and food services offered at its establishments. Its teams of employees, selected among the graduates of the Institut de tourisme et d'hôtellerie du Québec (ITHQ), include renowned chefs and sommeliers.

View the SCQ Organization Chart (in French only) [PDF, 250 KB]

Québec's casinos quickly forged an enviable reputation throughout the international gaming and entertainment industry. They are characterized most notably by their architecture, the importance attached to providing exceptional customer service, and by the beauty and quality of their sites.

In addition to paying significant dividends to the Government of Québec, the casinos generate economic spin-offs for the entire province.

Major fixed capital was invested to establish the casinos. Their operation creates direct and indirect employment, and requires the purchase of goods and services from more than 1,900 suppliers in Québec.

Other economic spin-offs can be attributed directly to the casinos' presence in Québec. Indeed, the diversification of activities led to the addition of hotel and entertainment services that have helped increase the number of clients from outside Québec and to stimulate tourism in the province.

* All visits combined (by tourists and locals)

Economic spinoffs attributable to each of the SCQ's establishments are significant, particularly with regard to tourism spending. Québec's 4 casinos generate tourism spending of approximately $180 million annually in the regions where they are located. Every year, Québec's casinos attract some 1,5 million tourists to enjoy the features of each establishment.

One of the world's largest casinos and has forged a reputation for the variety of the games it offers and the excellence of its customer service. An icon of Montréal's architecture, its main building reflects the city's dynamic nature.

Located next to the Fairmont Le Manoir Richelieu, has become one of the most popular destinations for tourists from Québec and elsewhere.

Constitutes a key tourist attraction in the Outaouais region. This resort complex includes a hotel (the Hilton Lac-Leamy), a convention centre and a multifunctional performance hall.

Loto-Québec was mandated by the Government to open casinos in order to promote economic development in the province by developing new international tourism markets, while offering new services to the local population.

The SCQ provides casino customers with world-class food services, accommodations and quality boutiques. Its personnel has established an international reputation for customer service, thus significantly contributing to the promotion of Québec as a prestigious tourist destination.

Accolades and awards bestowed on SCQ establishments include CAA-AAA's Five Diamonds rating in 2014 for the 13th consecutive year earned by the Casino du Lac-Leamy's Le Baccara restaurant in recognition of the excellence in its menus. In addition, the Casino de Montréal's Executive Chef, Jean-Pierre Curtat, received the Canadian Gaming Association's 2013 award for volunteerism and community service.

Internationally acclaimed chefs, including Frederic Bourse of Italy, Rémy Giraud of Val-de-Loire and Thierry Breton of Paris, have honoured casino restaurants with their presence. In fact, epicures the world over are becoming increasingly interested in the delectable offerings of these fine establishments.

Under the direction of executive chefs Jean-Pierre Curtat at the Casino de Montréal and Denis Girard at the Casino du Lac-Leamy, casino restaurant teams attach special importance to using seasonal products from Québec whenever possible.

Québec's casinos have grown considerably over the years and now welcome over 10 million visitors each year.

In December 1992, Québec's cabinet approved and authorized the implementation of two government-run casinos: one on Île Notre-Dame, in Montréal, and the other at Pointe-au-Pic in the Charlevoix region.

The creation and management of these government-run casinos was entrusted to Loto-Québec, which subsequently created three subsidiaries: the Société des casinos du Québec, to implement the casinos and oversee their operation, Resto-Casino, to operate casino restaurants and bars, and Casiloc, to acquire, build and manage casino infrastructures.

In June 2008, the Corporation decided to merge the operational management of Resto-Casino with the casinos themselves. The objective was twofold: to align the business plan objectives and strategies for all the establishments, and to increase the synergy and complementarity of the group's casinos, food services and hotel operations.

History of the Casino de Montréal

Located in the former Expo'67 French Pavilion (Pavillon de la France), the Casino de Montréal was inaugurated on October 9, 1993. At the time, it housed 65 gaming tables and 1,200 slot machines. The casino was an instant success, with average daily visitor numbers reaching the 12,000 mark.

The casino was expanded for the first time in 1994 and again in 1996, when it took over the former Québec Pavilion.

After 4 years of renovations, the Casino de Montréal took an unmistakable turn towards the future and, on November 21, 2013, officially unveiled its new gaming and entertainment areas. The Casino de Montréal's Pavillon de la France now boasts completely renewed interior architecture. The giant multimedia wall, measuring 14 metres wide by 21 metres high, is used for spectacular projections and is in itself a unique and distinctive feature in the Casino's immediate competitive market.

Among the world's largest casinos, the Casino de Montréal provides five floors of gaming, each more exciting than the last, and is one of the city's star attractions. Since 1997, the Casino has been open day and night.

History of the Casino de Charlevoix

Inaugurated on June 24, 1994, the Casino de Charlevoix was established in the Manoir Richelieu's former summer playhouse on the cliffs of Pointe-au-Pic, a panoramic site visited by vacationers for over a century.

The Casino de Charlevoix quickly became a veritable economic driver for the region and one of Charlevoix's biggest attractions.

In 1998, Loto-Québec teamed up with Canadian Pacific Hotels and the Solidarity Fund QFL to acquire the Manoir Richelieu (now called Fairmont Le Manoir Richelieu), renovate it and expand the Casino de Charlevoix.

Reopened in June 1999, the complex has since become a world-class resort. The Casino de Charlevoix was the first of Québec's casinos to be linked to a hotel.

History of the Casino du Lac-Leamy

The Casino du Lac-Leamy was built on an exceptional site in a former quarry at the edge of Leamy lake. It was inaugurated on March 24, 1996, as the Casino de Hull.

In 2001, the SCQ launched a major $210 million expansion project with the aim of expanding the Casino, building a 350-room luxury hotel (the Hilton Lac Leamy), a conference centre and a performance hall. The Hilton Lac-Leamy hotel and Le Théâtre du Casino opened their doors in the fall of 2001.

In September 2012, the Casino launched a $50 million project to renovate its gaming area. Scheduled to be unveiled in January 2015, this make-over will include a new central bar and nightclub, a renovated the High Limits lounge and main entrance hall, as well as the addition of a multimedia structure. This "Casino of Tomorrow" will create an entirely new ambiance, contributing to a renewed entertainment experience for the Casino's clientele.

History of the Casino de Mont-Tremblant

Plans for the creation of the Casino de Mont-Tremblant were officially announced on April 13, 2008.

Inaugurated June 24, 2009, the Casino de Mont-Tremblant is an upscale establishment located in a stunning natural setting. The use of such natural construction materials as water, stone, wood, leather and suede in warm and intense colours blended well with the environment and put this casino is a class all its own.

The casino's 3 floors house a large and distinctive assortment of games, featuring 500 slot machines, 16 gaming tables, including EZ BaccaratTM Mini Baccarat, War, blackjack, Blackjack Switch, Three Card Poker, Let it Ride Poker, English and American roulette and 4 Texas Hold'em poker tables with dealer. The casino also boasts two private lounges, a bar at the heart of the action and a seafood and grill restaurant with a capacity of 82 in the dining room and 30 on the outdoor terrace. In September 2011, the Casino added 4 banquet halls with a capacity of up to 200 persons.